Here we see an example of a professional trap for queen wasps of the species Vespa velutina nigrithorax (Asian wasp).

We are June 21, 2021, and we still have time to set traps for the vespa velutina queens until mid-July.

The tampas are very important to stop the advance of this plague of wasps in any region or geographical point of Spain.

To stop this plague and protect the native fauna, the regional economy and the public, it is very important that these traps are placed by local councils and regional governments in spring and early summer.

A good trapping campaign against the Asian hornet can considerably reduce the incidence of vespa velutina in any region. 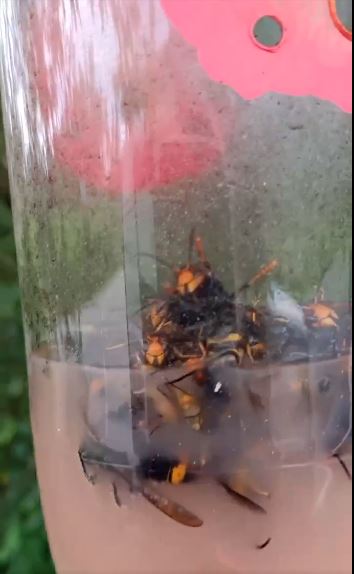