The dangers of ground-level Asian wasp nests in the forest

On June 22, we found in a mountain area, the beginning of a secondary Asian wasp nest. 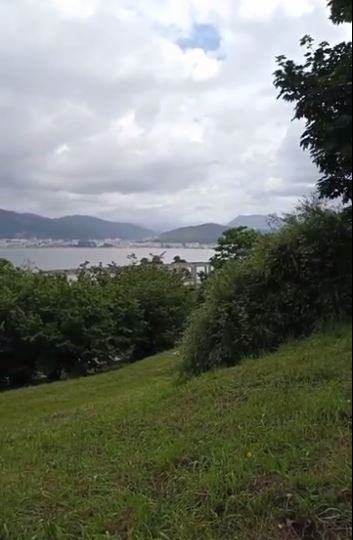 With the naked eye, no nests are visible, but the vespa velutina nigrithorax nest is there, hidden among the plants and at ground level.

This means that, in areas where there are Asian hornets, there is a real danger of accidentally encountering a vespa velutina nest. 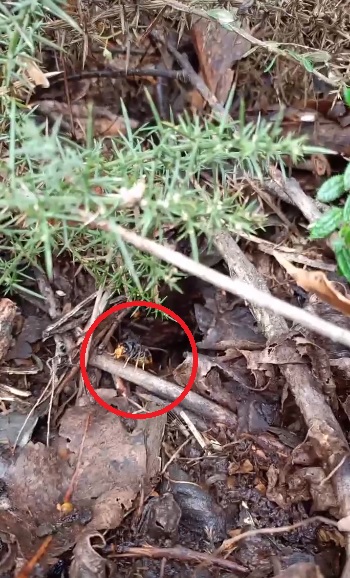 If we were walking in the mountains (for example, on an excursion) and we accidentally stepped on a nest like the one we see in the photo, the worker wasps would immediately appear that would quickly sting us to defend their nest and their queen. 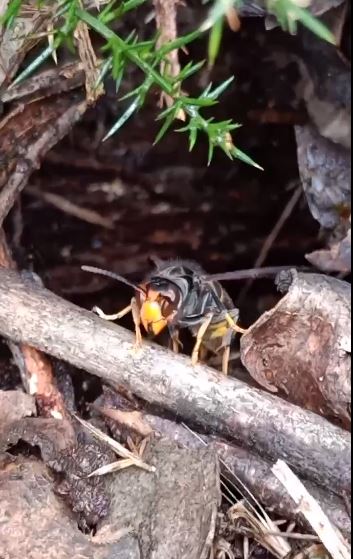 With these photos we want to show the real dangers for people who simply walk through forests where Vespa velutina nigrithorax is present. We see in the photo a specimen of a vespa velutina queen. 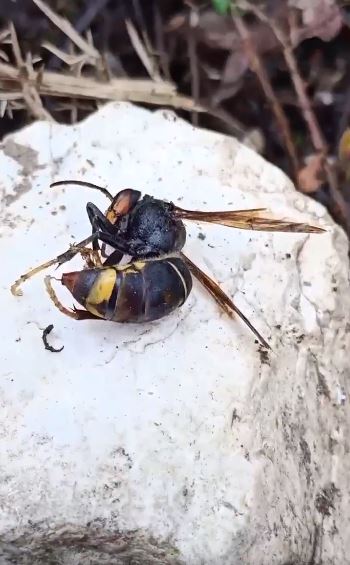 In this photo, we see the roe of the Asian hornet queen.

Therefore, it is important prevention efforts through the installation of traps for the Asian wasp by local councils and regional governments to prevent the expansion of this invasive species and avoid serious accidents for people who simply walk through the forest, for the rustic land owners and for workers who work in areas where there is a presence of Asian wasp.