In today's post, we want to comment on what is already becoming evident in the different parts of Spain where the Asian hornet (Vespa velutina nigrithorax) currently has an impact.

That is to say, the nests of Asian hornet that are exposed by the fall of the leaves of the trees and that "suddenly" become part of the landscape are not empty nests, nor inert, nor deactivated. 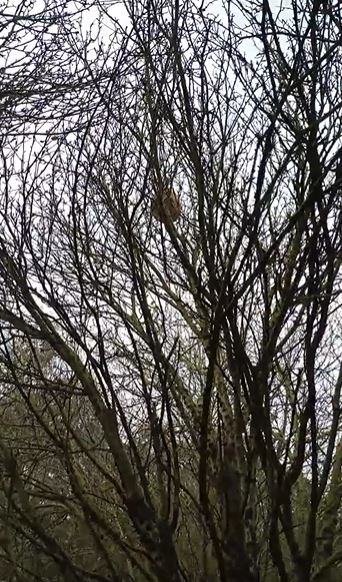 These are tertiary nests, with Asian hornets working at a much slower rate due to the fact that vespa velutina nigrithorax activity is reduced in late autumn and winter. Therefore, they are active nests, with active workers and vespa velutina queens being fed to, later, begin their reproductive cycle again in spring through the primary nests (which will be followed by the secondary nests and, finally, the tertiary nests).

It is a very common mistake to think that these nests that are visible in autumn and winter due to the fall of the leaves could become harmless. On the contrary, these nests continue to pose a great danger to the population (do not approach or even try to touch these nests, as this must be done by qualified professionals). 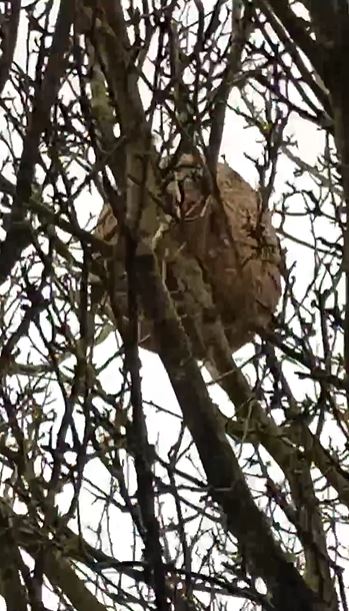 In these photographs (Galicia, Spain) we can see two examples of tertiary nests that, apparently, we could think that they are inactive. 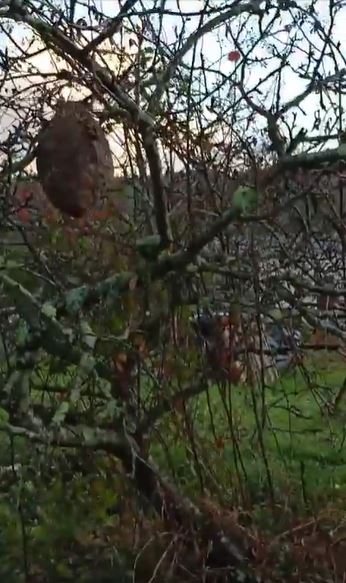 If we enlarge the image, we can see how in one of these nests of Asian hornet (Vespa velutina nigrithorax) can be seen walking outside. 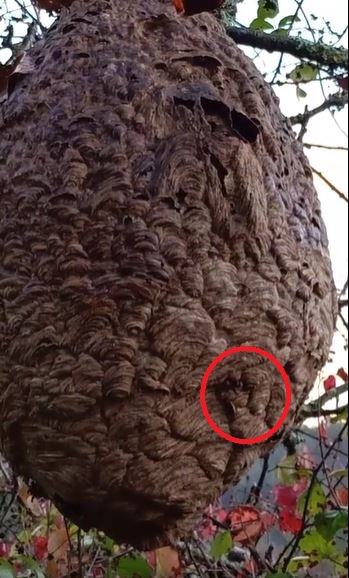 These are velutina workers, who continue to maintain their main activity: feeding the velutina queens so that, at the beginning of spring, they can create primary nests and thus begin their reproductive cycle again, expanding the plague exponentially.

Therefore, prevention work by trapping areas at risk of vespa velutina is essential, but it is also essential to remove these nests that, contrary to what is usually believed, are still active even in the autumn and winter months. winter.

If you have photographs of Asian hornet nests, you can send them to us at info@mundoabejas.com