Today we will talk about the Asian wasp or Asian hornet (Vespa velutina nigrithorax). It should be noted that there are true experts out there who dedicate their day to study the velvet wasp, the professional trapping of queens and the extermination and elimination of nests of this species of wasp so harmful to beekeeping and society and that also causes serious economic damage to the sector.

We hope to one day make an article about the work of these professionals (and there are also many volunteers who have organized in associations to fight it), daily heroes of a constant fight against the invasion of velutin.

We start with our short article:

When is it estimated that the Asian wasp was introduced in Spain?

It is estimated that in 2010 the Asian wasp entered Spain from the north, through Navarra, from France.

According to some experts, it is estimated that the vespa velutina advances at a rate of colonization of between 20 and 50 kilometers per year. It is estimated that in about 10 years (in 2029) it can reach much of Spain (currently it has already colonized 9 autonomous communities, virtually all of the northern third of Spain).

We put an interactive map to see what we mean when we talk about “Asian wasp expansion”.

How is it different from the other wasps?

The best description we can give is through photos, since a picture is better than a thousand words: 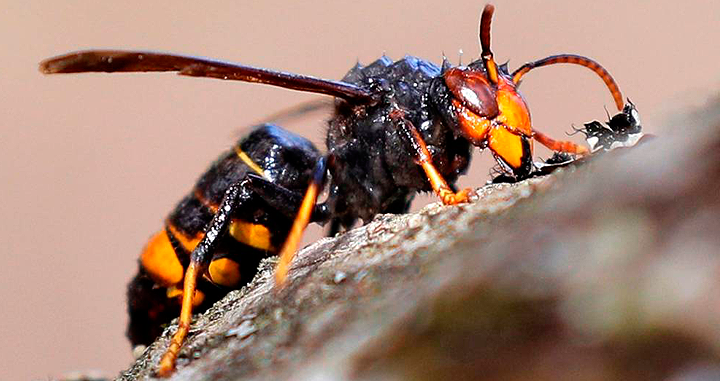 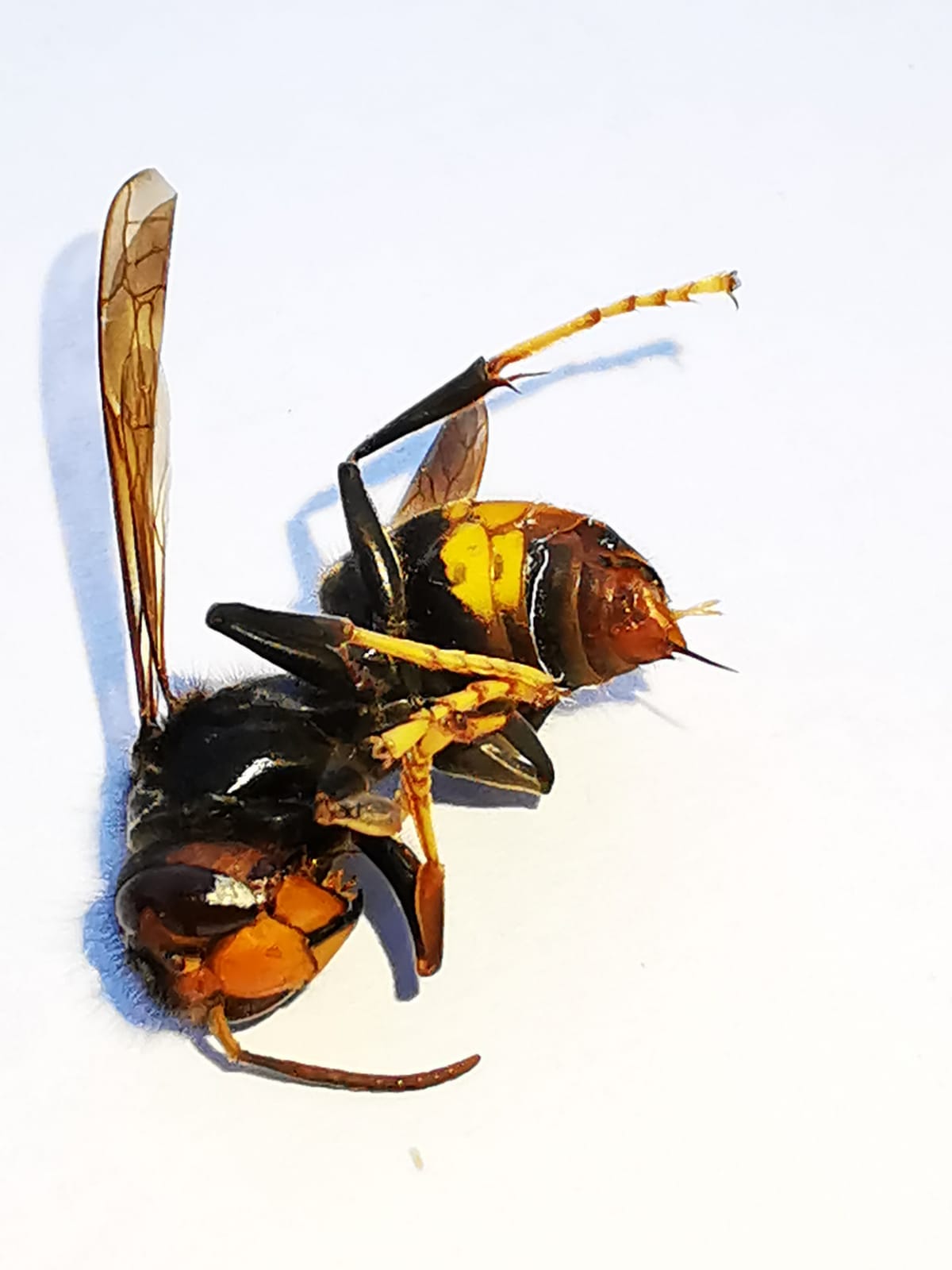 Is the Asian wasp dangerous for the population?

The Asian wasp has been won by the press of the nickname "killer wasp" (especially for its voracious appetite for the honey bee).

In Spain, some people have already officially died from the bite of the velvet scooter. These deaths have appeared in the Spanish press and have been confirmed and documented.

It must be said that nests have been detected more and more frequently, at ground level. That is, the Asian wasp no longer only makes nests high in the trees at high altitude, but is already making nests in low trees and also in plants and bushes at ground level.

That is why it is recommended that when mowing and clearing on farms, forests and gardens, especially between the months of June to October, that the area be checked before mowing and clearing, and that, at a minimum, they are carried gloves and mask of beekeeper (like the one used by beekeepers to extract honey from hives).

A good advice is to start mowing the grass that is on flat ground, and leave the brush near the walls and slopes to the end. Before mowing or clearing weeds of walls, corners and slopes, it is advisable to bring a long stick or a pole. If any wasp appears, it would mean that we are close to a nest and we will have to call 012 immediately to give the alarm, and not approach within 5 meters.

Likewise, it is recommended to always be accompanied when doing this mowing and clearing work since, in the case of being attacked by the wasps, we have someone who helps us and can take us to the nearest Medical Center. We must also call 112 so that the medical team is prepared and receives us with the urgency that our particular case requires.

If you are allergic to wasp stings, it is always recommended to carry an emergency kit of the beekeeper with, among other products, self-injectable adrenaline, antihistamines, corticosteroids ... (consult a doctor or healthcare professional for each particular case).

Does it affect other countries besides Spain? 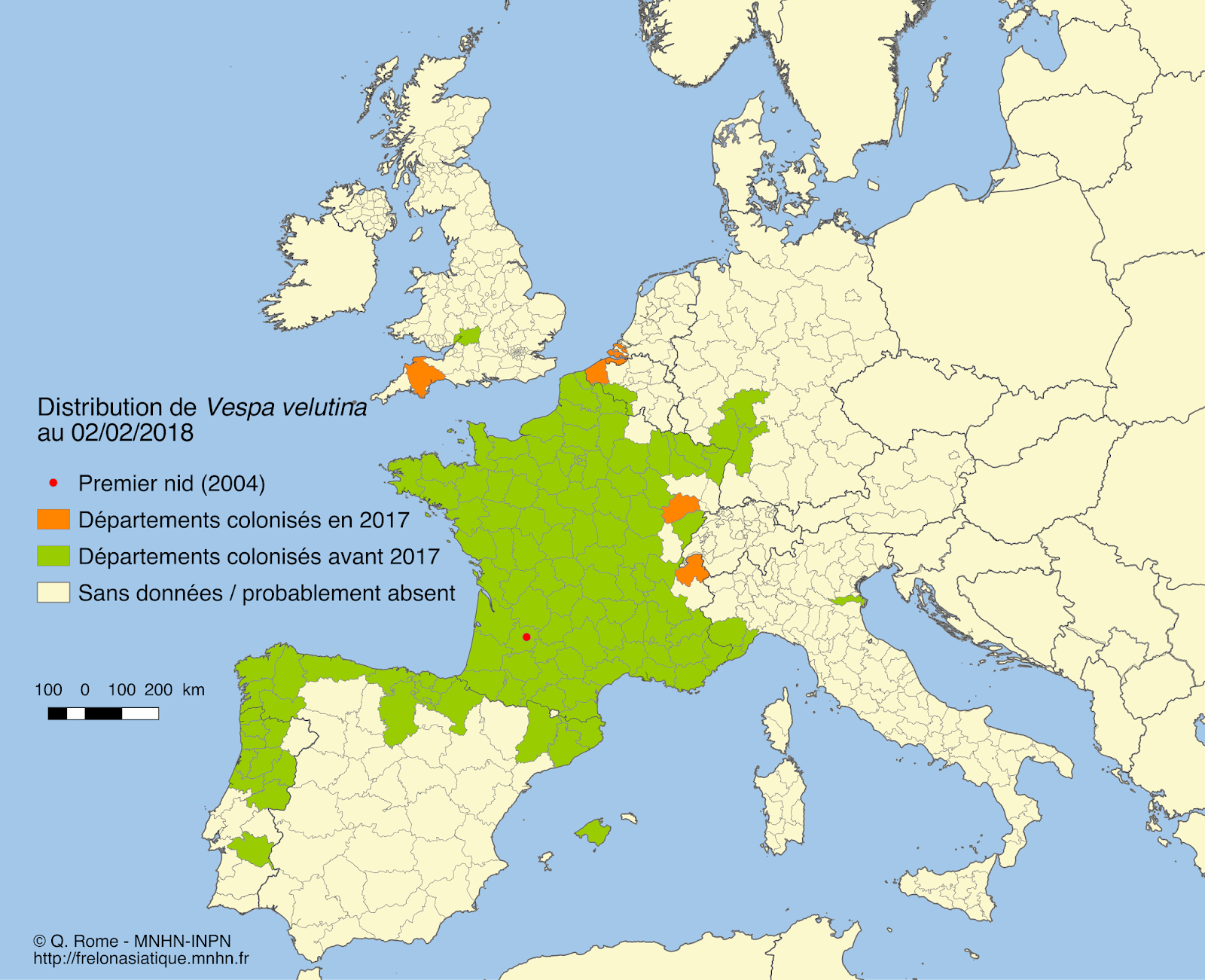 How does it affect beekeepers and their hives?

Ideally, ask each of the beekeepers, to explain their particular experience.

The Vespa Velutina attacks and besieges the hives, reaching to hunt each wasp between 25 and 50 bees a day. When they finish the bees, they enter the hive and plunder the larvae and eat all the honey. This is a brutal economic loss for beekeepers (and not only economically, but also means a setback for the small beekeeper who has a passion for beekeeping and loves to take care of his bees).

It is very common to see the “beaten up” bees at the entrance to the hive, defending themselves unsuccessfully from the relentless attack of velutin. Pollen for honey production.

Many beekeepers devote many resources (especially time and effort) to "stand guard" to constantly kill themselves to the Asian wasps of their hives. They do it manually by means of fly swatters with glue, rackets, also by placing traps ... and many times they end up overwhelmed by the magnitude of the attack due to the large number of Asian wasps and their constant attack.

What solutions exist to protect hives?

We consider that the best solution to protect the hives against the attack of the Asian wasp is the apiavant-Serpa antivelutin hive protective module. It has been tested for 3 years in different parts of northern Spain by SERPA (company specializing in the extermination of the Asian wasp). 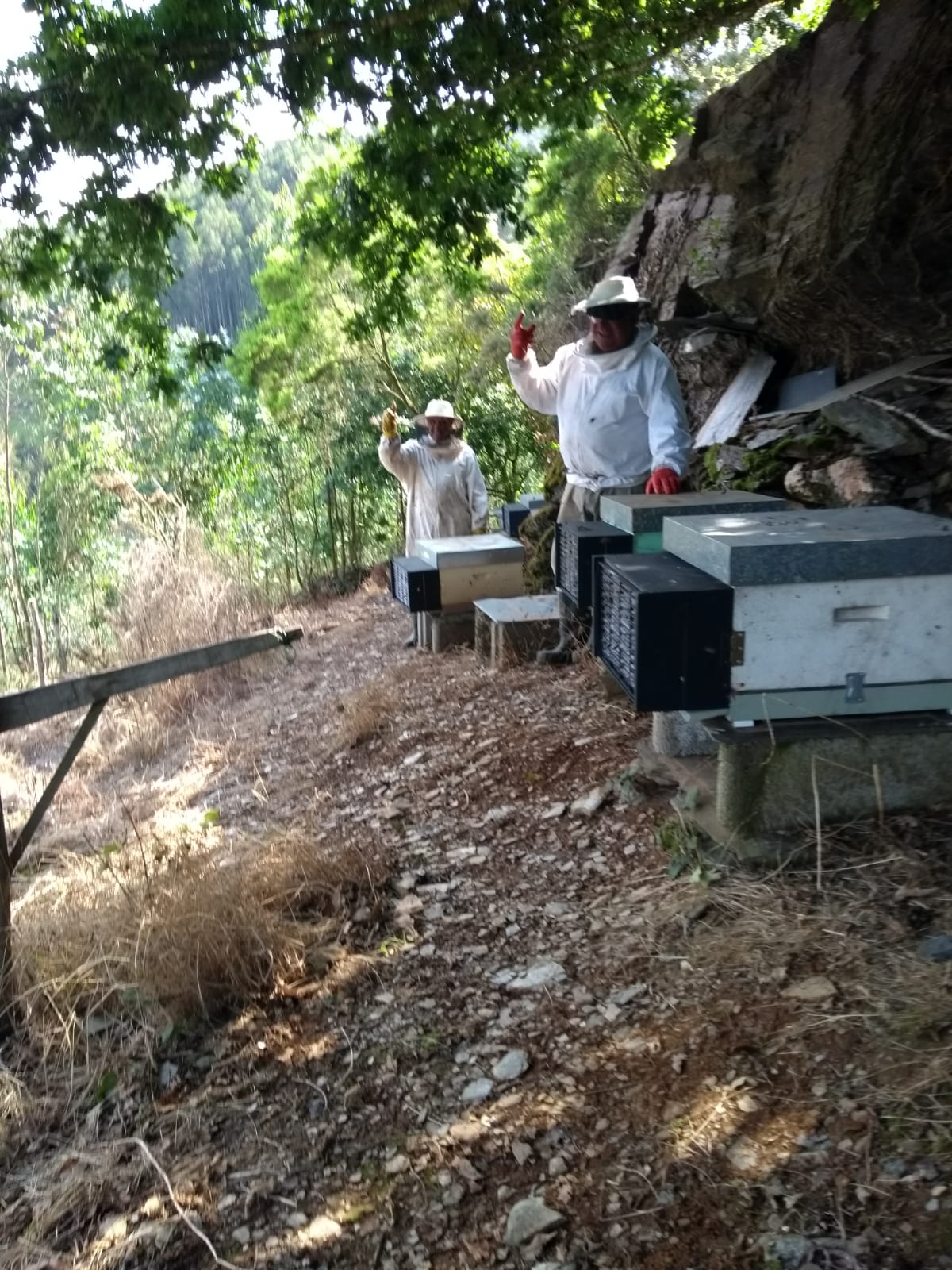 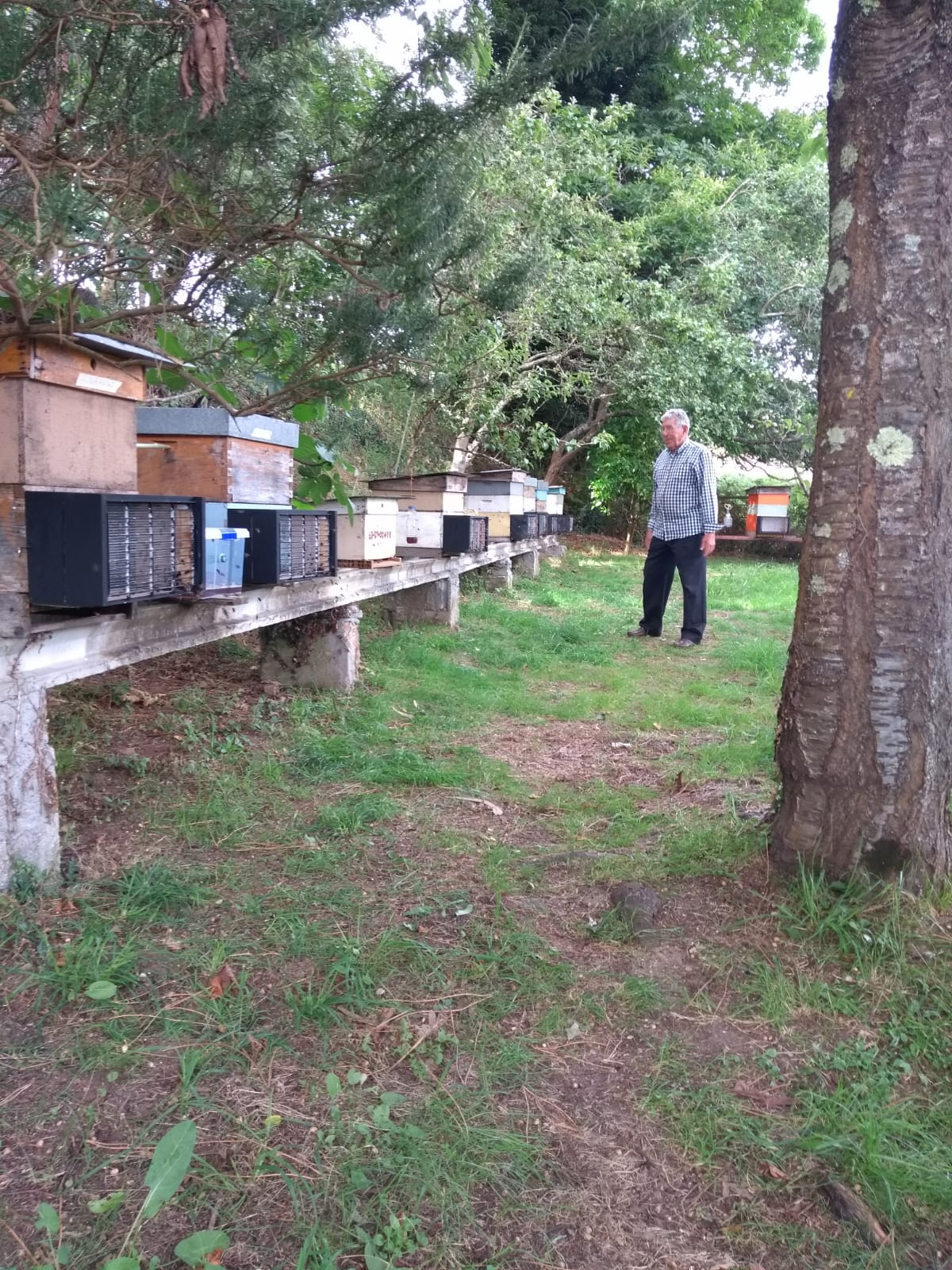 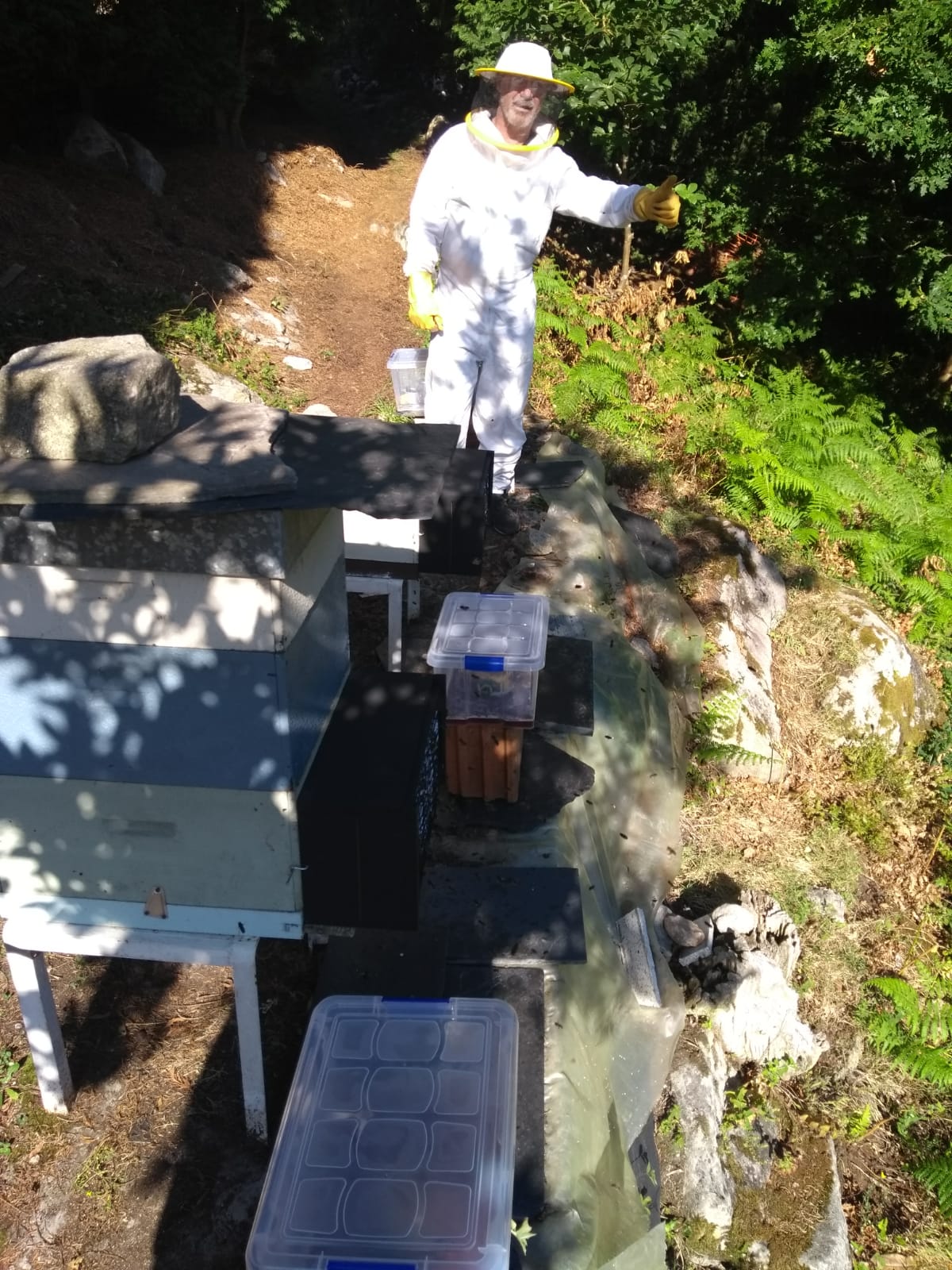 The ideal is to complement the protective hive module (it is a protection system) with traps for the Asian wasp (a trap to cause casualties to the worker wasps that are engaged in the hunt of bees and establish hunting routes between the nest of wasps and hives).

The Apiavant-Serpa anti-velutin hive protective module can be purchased here: