Vespa velutina primary nests in May: BE CAREFUL when clearing!

On May 22, in Xove (Galicia), we found a primary nest on a slope in a rural area.

When we detected that a queen of vespa velutina was introduced under a stone in a natural slope, we fumigated with product in the opening that remained and, when removing the stone, we found a primary nest of Asian wasp. 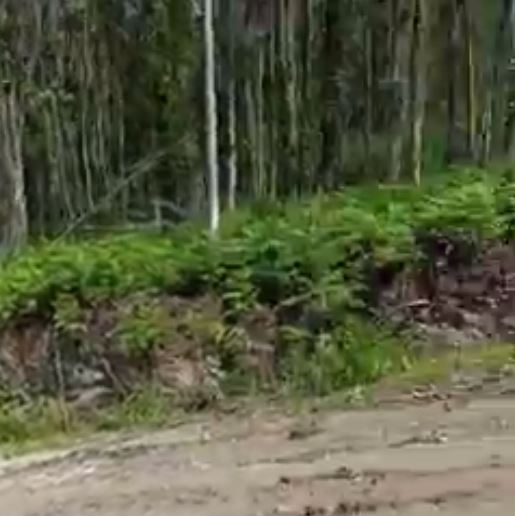 It is nesting season, and if we find the nest 15 days later, these vespa velutina larvae that we see in the primary nest in the photos would have already been born, with the consequent danger that this entails for people.

It is important that all those people who have to do cleaning and weed work in the forest, on the farm, in their garden ... protect themselves against the possible existence of Asian wasp nests. 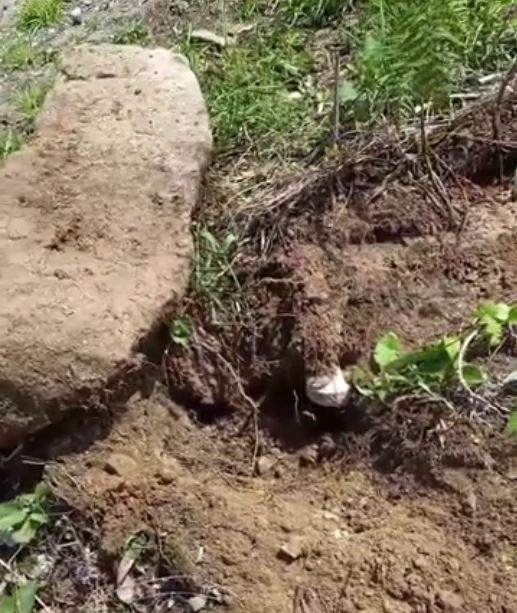 Velutina's primary nests can be found on uneven ground, on stone walls, on rotten wood logs, among dense vegetation ... and even on the ground itself! 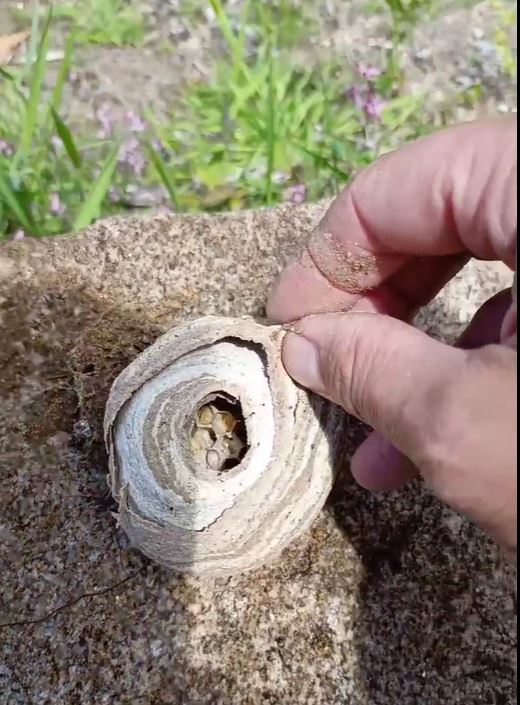 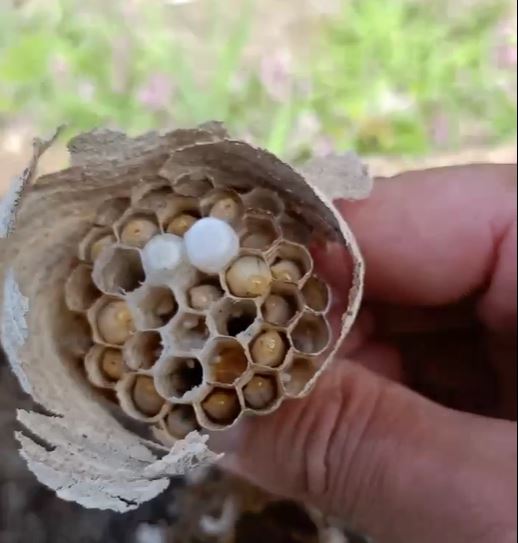