Recently, the news of the possible invasion of the fearsome Asian giant hornets in the US has appeared in various communication media.

The beekeeping sector in the USA is really concerned, since in addition to the risk that the bite of the vespamandarinia can entail to people, it represents a huge risk to the viability and survival of beekeeping operations.

The size of Asian giant hornets can be up to 5 times larger than a European bee (vespamandarinia can measure up to 5 cm in length and their wings can reach a wingspan of 7.5 cm). Take a ruler at home and look at how much 5 cm and 7.5 cm are and you will get an idea of ​​what type of hornet the bee colonies in the USA can face.

The stinger of the Asian giant hornet is loaded with a powerful neurotoxin, and its huge stinger of up to 1 cm in length can pierce through conventional beekeeper suits. Its sting can have consequences as severe as anaphylactic shocks and even cardiac arrest. In the event that a vespamandarinia bites a person, they should immediately go to a healthcare center and have the assistance of a healthcare professional.

One of the characteristics that have not been discussed in the media is the location of the vespa mandarinia nests: they can even nest on the ground (currently, there are also cases of nests at ground level of the vespavelutinanigrithorax in Spain). This feature makes it potentially dangerous for people in the US, as they can accidentally step on a nest of Asian giant hornets and be stung by them in the US. In Spain, the presence of vespamandarinia has not been detected (and hopefully this will be the case for a long time). However, recent newspaper articles highlight that the Spanish authorities take it for granted that the Asian giant hornet will end up arriving in Spain at some point (they have already classified it as a potential invasive species). We hope that, if the time comes, the Spanish authorities know how to give an answer to the height of the circumstances, since otherwise, the beekeeping sector in Spain would be harmed by the presence of this invasive species. 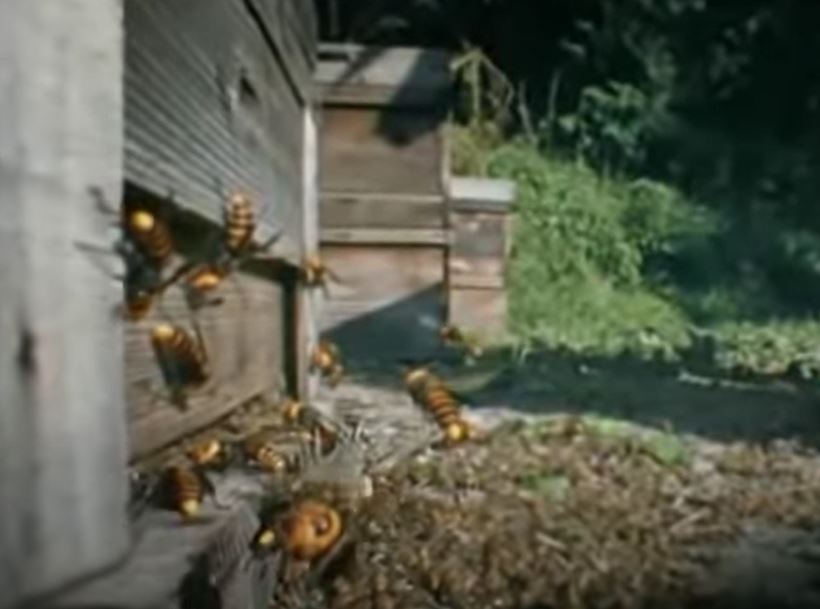 How does the Asian giant hornet (vespamandarinia) kill the bees?

In this case, the Asian giant hornet uses its powerful jaws to decapitate the bees by cutting off their head and wings. Unlike other wasps (which only keep the bee's thorax, which they will take to their nest to feed their own vespamandarinia larvae), there have been cases in which Asian giant hornets decapitate the bees and leave their carcasses there. Why? Because their main spoil is the honey from the combs and the larvae and pupae of the bees. That is, they annihilate the entire hive and loot it.

An estimated 30 Asian giant hornets can wipe out a colony of 30,000 bees in as little as 3 hours. 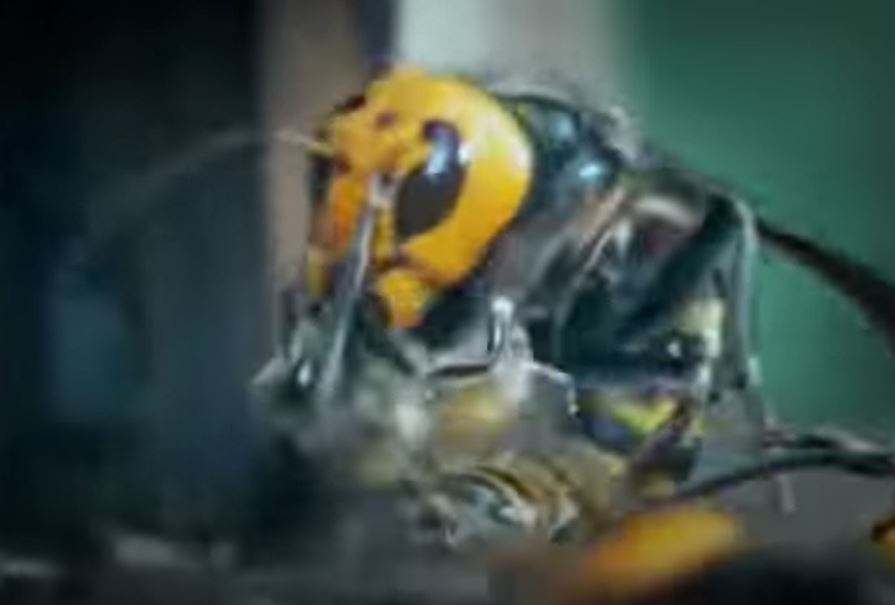 The procedure can be as follows: an Asian giant hornet that does the work of exploration detects a hive and marks it with a pheromone. Later, this vespamandarinia will return accompanied by other Asian giant hornets and they will begin the assault of the hive.

Their main spoils are honey (they will plunder all the honey from the hive) and the larvae and pupae of the bees, which they will take to feed their own Asian giant hornet larvae.

If the hives in the US do not have additional protection, they will have no chance of surviving the relentless attack of Asian giant hornets, which will annihilate the hives in a few hours.

These days we have seen several videos published about the voracity of the Asian giant hornet, and it is essential that the beekeeping sector and beekeepers take the appropriate precautions, both to protect themselves through beekeeping suits adapted to this new threat and to protect the hives. 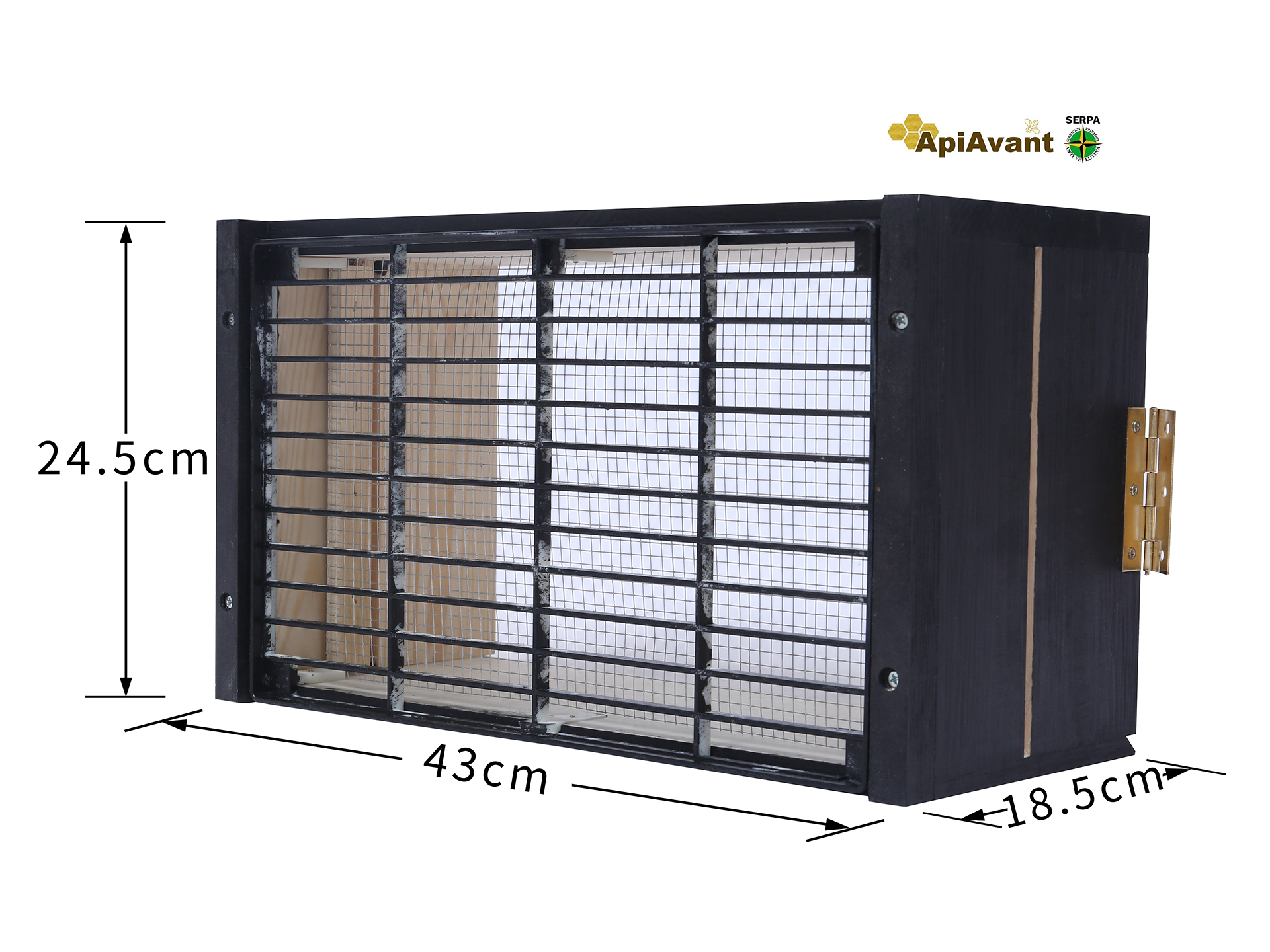